On Friday Eskom released a statement announcing their partnership with the South Africa Local Government Association (SALGA) by signing a memorandum of understanding (MoU) on Thursday 30 October. 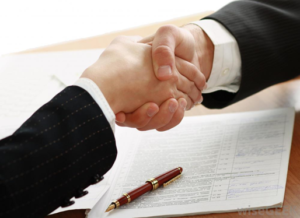 Eskom said in their statement that this is ‘an active partnering agreement to address both electricity distribution industry challenges and specific operational challenges impacting on the reticulation of electricity’.

This agreement is intended to establish working groups which are experts in areas of finance, law, regulation, operations and administration to tackle the challenges and issues which face each area head on.

The partnership will include a Programme Management Office (PMO) which will employ Eskom and SALGA personnel to implement the objectives.

The core of the working relationship is on strategic matters which include the synchronization of plans between Eskom and municipalities, rescue plans and skills development on an operational level.

‘In terms of skills training, municipalities will be invited to benefit from Eskom’s Academy of Learning and Leadership Institute, particularly on technical and financial issues’, Eskom stated.

Eskom said that SALGA is knuckling down on solving various operational issues which are restricting local entities to provide efficient electricity services.

‘Eskom and SALGA are making a call upon all stakeholders to support this important initiative that seeks to promote and enhance the long-term sustainability of South Africa’s electricity distribution industry’, Eskom said in a statement.