20 March 2012 – Eskom says it has taken note of the comments by rating agency Moody’s which follow the decision by the National Energy Regulator of South Africa (Nersa) recently to grant South Africa’s national electricity utility’s request for a 16% average increase in the electricity tariff for 2012/2013, as opposed to the 25.9% which Nersa originally granted in February 2010.

In its Weekly Credit Watch on the 19th of March 2012, Moody’s described the news as credit negative for Eskom. It should be noted that the ratings agency’s update does not constitute a formal credit opinion on Eskom, and will thus not affect Eskom’s rating.

Eskom, however, says it does highlight the need for electricity prices to continue moving up towards cost-reflective levels. “Our financial position is much improved. But we need certainty on a longer term price path for electricity which will ensure that Eskom, and the electricity industry, are financially viable and sustainable,” Eskom chief executive Brian Dames says. 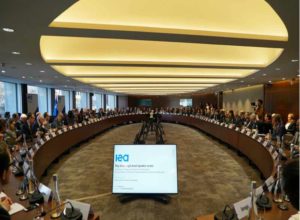