Concentrated solar power (CSP) has a large potential in South Africa but levelised cost of energy (LCOE) reduction is essential to improve technology competitiveness against currently cheaper renewable alternatives. A paradigm shift in EPC contracts is therefore vital to avoid standardised specifications in the selection of technology providers and to provide room for innovation ability.

In markets like South Africa, where 3,725 MW were recently announced to be generated from renewable energy sources with 200 MW concentrated solar thermal targets, CSP kWh prices are still two to three times higher than the competing PV and wind technologies. CSP market players agree that LCOE reduction should be the single most important objective to foster technology competitiveness on a global scale. However, it is often the CSP market dynamics working against lowering LCOE in reality.

Developers of CSP plants aim to apply new technologies to gain competitive advantage in the market. But EPC companies usually do not own the technology, and sub-contractors are selected based on minimum technical specifications. Within this simplified three-player model the EPC has very little incentive to select advanced technologies and to optimise the lifetime plant revenue accordingly as the project budget has been agreed on in an earlier project phase – usually two to four years before the actual purchasing would take place.

“Innovation ability in EPC contracts is vital to select key technologies that provide added value to the overall plant performance. In other renewable industries, like the wind industry, competitiveness is determined by the fact that key technologies are held by the EPC. This makes a huge difference as the EPC works directly with the suppliers to lower LCOE by optimising performance and lowering cost – and competing on the LCOE towards the independent power producers,” Svante Bundgaard, CEO of Aalborg CSP says.

His company’s SGS3 CSP steam generator technology is developed based on traditional boiler principles. The SGS3 line is optimised to guarantee a high gradient of up to 9°C/min, allowing a rapid ramp-up every morning and after transient clouds. This can ensure more than 30 minutes extra operation on a normal nine hour day, thereby increasing energy production by 5% and increasing daily revenue accordingly. These two main design elements together reduce LCOE of CSP plants by at least 5%, but in some cases up to 10%.

Bundgaard will attend the “CSP Today South Africa 2014” event on the 8-9th of April 2014. Before entering the solar industry, Svante gained extensive knowledge on programmes that lower LCOE for Wind energy, as the head of engineering and VP for projects and business development at Siemens Wind Power. 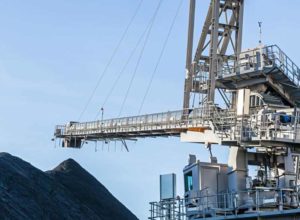