Bristol, England — ESI-AFRICA.COM — 26 January 2011 – There has been a six-fold increase in the number of hydropower projects planned in England and Wales since 2008, according to the UK Environment Agency (EA).

Revealing this in a statement issued here, the agency said that number was likely to rise again this year as the application process to install hydro schemes was simplified. In 2010, licences were granted for 65 hydro schemes, compared with 10 in 2008, the EA added.

This year, it will be more straightforward to make an application, in order to assist the communities, developers and individuals looking to capitalise on government incentives to produce renewable electricity, according to the EA. Simpler application forms will be published on the EA’s Web site during February 2011. EA teams throughout England and Wales will provide early advice to developers of hydropower schemes to help them produce well-designed, sustainable schemes.

The EA has been working with industry, anglers, NGOs and landowners on ways to improve the existing permitting process, the statement said.

With around 350 hydropower schemes currently licensed in England and Wales, the EA estimates that this number could rise to around 1 200 by 2020. 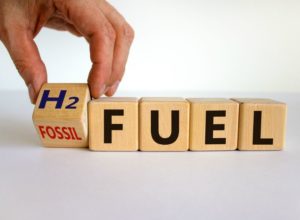 Hamburg pioneers research project for the use of hydrogen in aviation