This PPA is favourably timed as the current agreement between NamPower and ZESA Holdings on the Hwange rehabilitation project that is due to expire this month has been extended only up to February next year.

Strategy behind the power purchase agreement

This forms part of ZPC’s strategy to raise finance to enable the expansion of the Kariba South Hydro Power Station in Zimbabwe by 300MW.

The agreement signed last week in Namibia will become effective once the existing Zimbabwe Electricity Supply Authority (ZESA) agreement comes to an end early next year and not later than 01 April 2015.

“The agreement is structured to supply up to a total of 450GWh per year and is profiled to supplement the seasonality of Ruacana. The term of this agreement is 15 years but the capacity will have the option to be reduced to 50MW after 10 years from the date of coming into operation of this agreement,” said NamPower’s Board Chairperson, Maria Nakale.

Leading up to the new PPA

It was in 2006 when NamPower and ZESA Holdings signed an agreement to jointly rehabilitate the Hwange Power Station in Zimbabwe when NamPower availed U$40 million (about N$440 million) funding for the project. As re-payment ZESA provided NamPower with 150MW for a period of eight years.

“The agreement that is being signed today is a clear testimony of the sound relationship that exists between NamPower and ZESA Holdings, the holding company for Zimbabwe Power Company (ZPC) and ultimately between the two countries. It is a clear demonstration of how strong regional cooperation can be of great benefit to the parties involved,” said Namibia’s Minister of Mines and Energy, Isak Katali.

“We are all aware of the critical shortage of power supply capacity in the Southern African Development Community region and by extension Namibia. It is no secret that Namibia’s power demand has long surpassed supply. We heavily rely on imports, which average 60% per year and can go up to 80% during dry seasons. As such, balancing demand and supply in Namibia, which is not self-sufficient in power supply, is not an easy task. This put us as a country in a very difficult situation of being vulnerable in terms of power supply as any negative development in neighbouring states will have a corresponding negative effect on electricity supply in Namibia. For Namibia the power supply deficit and associated challenges will continue to prevail until the commissioning of the Kudu Gas base load power station in 2017/2018,” noted Katali.

Katali further stated that energy trading in the Southern African Power Pool is limited by the transmission constraints in the region. He expressed hope in the implementation process of ZIZABONA, the transmission project between Zimbabwe, Zambia, Botswana and Namibia, to help relieve congestion in the transmission network.

“The 80MW power purchase agreement will not only address power supply security for Namibia but will also improve the viability of ZIZABONA, as it is only through agreements such as this one that power flow through this infrastructure can be guaranteed, which is an important precondition for the financing of the project. I would therefore like to take this opportunity to request the project sponsors to ensure that the outstanding wheeling and power purchase agreement for the ZIZABONA project are concluded as soon as possible”, remarked Katali. The minister also noted that the region has adopted long-term measures to address the energy deficit and to ensure self-sufficiency in energy generation through an ambitious Energy Sector Plan.

This plan calls for the region to increase power generation by more than 70% and to invest billions in power generation over the next 15 years. “Our relationship will continue to grow strong as we implement regional power projects such as the ZIZABONA power transmission project which is being spearheaded by the Southern African Power Pool and the Batoka Hydro Electric Scheme, for Zambia and Zimbabwe, led by the Zambezi River Authority. The opportunities for cooperation are vast as ZESA is also implementing a number of power generation and transmission projects to serve our growing economies”, commented ZESA Holdings Board Chairman, Dr Herbert Murerwa.

Energy is identified in Namibia’s National Development Plan 4 (NDP4) as one of the key vehicles for economic development. Namibia has set ambitious plans in place to become an industrialised country by the year 2030 and the sufficient and reliable supply of energy lies at the centre of realising this goal. NamPower and ZPC recently began trading power during off-peak periods in addition to the existing 150MW Hwange agreement.

Due to the uncertainty of power supply from South Africa’s Eskom, the agreements with ZESA have made them Namibia’s biggest trading partner with about 25-30% of the country’s total energy imports now coming from Zimbabwe. This means NamPower is purchasing more energy per year from ZESA than from Eskom. NamPower is currently buying up to 250MW of power from ZESA during off-peak hours through a combination of the 150MW Hwange PPA and a new special surplus agreement. This new arrangement has positioned ZPC to be among one of NamPower’s most important and strategic energy trading partners in the region. 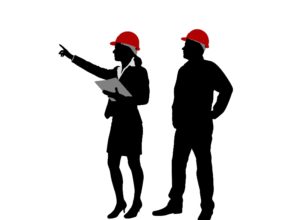