The announcement was made by Standard Bank Group Chief Executive Sim Tshabalala, following the signing of a collaboration agreement between ICBC and Standard Bank in the presence of President Xi Jinping of China and South Africa’s President Jacob Zuma at the FOCAC Heads of Summit in Sandton, Johannesburg, the Bank said in a statement.

Standard Bank will assume the role as arranging and structuring adviser, and will support the ICBC in raising the committed funds.

Tshabalala added that the joint partnership will support up to 100 new infrastructure and industrial projects across the continent.

The Bank added that these projects will include resources and transportation, to electricity and telecommunications, to manufacturing and industrial parks.

Tshabalala said: “Strategic cooperation between ICBC and Standard Bank has enabled us to arrange more than $7 billion in loans to African countries and to complete over $14 billion of transactions that have brought equity and debt capital from Chinese corporations and financial institutions to Africa.”

The long-term partnership has enabled the development of various infrastructure projects in Africa, to quote Standard Bank in a company statement, these include:

Commending China’s achievements, Tshabalala said: “The rise of China to become the industrial powerhouse of the world has been the great economic miracle of the last 30 years. With China’s assistance, Africa’s economic take-off is now well underway.

“It’s a great time to be investing and working in Africa. With our deep Chinese and African roots, local knowledge and global reach, ICBC and Standard Bank are here to do everything we can to ensure that your companies succeed.”

He added: “[…] [Africa] has been recognised for what it really is: A continent that is at once very dynamic and very diverse – a continent of over 50 countries, each with a distinctive set of challenges and opportunities. For this reason, investors and entrepreneurs in Africa need to build up strong local relationships and to develop detailed local knowledge.”

The chief executive emphasised the key role that China has played in developing many African countries and said that it continues to have a place in countries such as Ethiopia and Mozambique, which he claims to be among the fastest growing in the world.

He said that ICBC had identified Africa as an important growth market long before it was fashionable for global banks to do so.

“ICBC recognised that its own expansion into the continent would be best served by creating a strategic partnership with a large and well-established African financial services group. 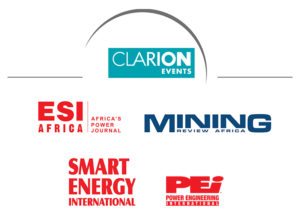