I refer to the article on ESI Africa where “Energy Expert” Ted Blom is quoted as saying “[In South Africa] coal power from the old fleet costs less than 40c/kWh, while the average cost of the renewable bid windows, already approved as at 1 January 2018, is more than R1.88/kWh”.

The real cost of coal-fired power in South Africa is at least TWICE as much as Blom claims. And according to a study by the CSIR Energy division, the real cost of solar PV and wind power from the latest expedited round of these same 27 renewable
energy independent power producer projects (REIPPPs) in April 2016 rands2 is 62c/kWh – a mere THIRD of what Blom claims.

A far more relevant comparison is between these NEW wind power and NEW solar photovoltaic (PV) costs and the cost of power from Eskom’s NEWEST coal-fired power station – Kusile. Again according to the 2016 CSIR study, Kusile power cost is
estimated at R1.16/kWh – nearly twice as much as the wind and solar PV projects which Blom “is highly critical of . . . ” [See https://www.dailymaverick.co.za/article/2016-10-18-comparative-analysis-the-cost-of-new-power-generation-in-south-africa/#.WtZsnNRubIU]

They also include the 100MW Redstone CSP solar project with 12 hours’ energy storage, which like the already operational 50MW Bokpoort CSP (with 9 hours’ storage) can deliver flexible on demand dispatchable power day and night. Indeed Bokpoort has run at varying output levels according to demand for 24 hours per day for several weeks of commercial operation.

These pioneering new solar CSP projects with storage at present cost more than coal power, but like wind and solar PV power, they have a downward cost trajectory.

According to another CSIR study, the benefit of the very substantial cost from bid windows 1 to 3 (BW1-3) of the REIPPPs “lies in the fact that without them the country would not have been able to bring the cost for new solar PV and wind down to the latest
achieved R0.62/kWh – which is 40% cheaper than new coal” (Thabametsi).

Having contractually committed to these already operational REIPPPs, it makes little sense to complain about their higher average tariff. It makes even less sense to use this cost as an argument against the new REIPPPs whose cost – according to the CSIR merely equals the fuel cost of the coal plants.

They will “trigger tariff payments of merely R6.6bn per year while they will produce more
than 9 TWh/yr”. An average cost below R6.6/9 = R0.73/kWh.

Why is Blom silent in this article about the exorbitant cost of coal-fired power, which moreover uses a lot of water for cooling, is highly automated and creates fewer jobs per TWh/a of electricity delivered than solar or wind?

This while so strongly (on the radio, television and on so many platforms) and repeatedly protesting the government’s signing the far more cost-effective new
REIPPPs – which also create more jobs and whose wind and solar PV power projects need no water? In doing so, he is NOT doing South Africa a favour. And NOT acting in the public interest.

This is not even yet counting the very real cost of air and water pollution caused by coal power stations. Eskom has been acting outside of the law on this matter for more than two decades. Nor does this include the cost associated with climate change, which
amongst other effects, currently deprives thousands of farm workers in the Western and Eastern Cape of their jobs!

This Emperor’s crusade against those 27 renewable contracts has no clothes!

In 2016 growth in solar power capacity overtook new coal-fired generation for the first time, showing how the falling cost of green technology is reshaping the global energy system.

Solar capacity grew faster than any other source of electricity, during which almost two-thirds of net power capacity added around the world was renewable, with 126 GW of solar and wind power against 86 GW from coal and gas.

2016 saw a record amount of new nuclear power – 10 GW – the most in 25 years7. But newly started nuclear power construction was only 3.2 GW, and the only plant commissioned in the West had started its construction no less than four decades earlier!

At the Organisation Undoing Tax Abuse (Outa), Blom has provided a huge service to our country. At a National Energy Regulator (Nersa) hearing in Cape Town on 16 Aril 2018 Outa head of energy Ronald Chauke verily said that Eskom leadership must institute stringent measures to recoup the billions of rands siphoned out of the utility through corruption and maladministration to get immediate reprieve on its cash flow/liquidity challenges before the Nersa considers granting it a tariff hike.

And that as Outa was still concerned about the ‘rampant corruption’ that had plagued Eskom, as well as its weak adherence to corporate governance, Eskom should show clean and independent reporting, an enhanced regulatory framework and a primary energy procurement strategy.

Outa remained concerned about a lack of transparency on coal contracts, the inefficient procurement of coal and poor plant performance, especially due to systemic and chronic breakdowns, and is concerned about Eskom’s personnel productivity, which
has declined by 35%, from 7.1 GWh/y per person in 2007 to 4.6 GWh/y per person in 2017, as a result of an increase in (staff) from 32,674 to 47,658 over the same period, during which output has remained relatively flat.

On the same occasion Ted Blom of Mining and Energy Advisors called for a cessation of regulatory clearance account (RCA) applications until a full independent forensic report on Eskom has been presented. In view of the distrust engendered by Eskom’s recent actions, Blom also called on Nersa to implement a (software) model or dashboard to cross-check information provided by Eskom.

These severe problems, which stem largely from its previous as well as current abysmal management of a highly complex matter, and its support for Zupta-linked Tegeta may cost South Africa hundreds of billions of rands. Eskom’s response to serious enquiries by a top energy journalist indicates that a culture of non transparency reportedly initiated during the time of former CEOs Molefe and Koko still persists.

With transparency, the massive looting by Tegeta and others would of course not have been nearly as easy to conceal, and might have been prevented, The linked article and the CSIR Energy Division in my opinion deserve top awards! 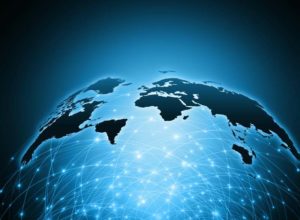