18 February 2013 – The power transmission market will see growth, thanks to the ambitions of the emerging Asia-Pacific region, and the maintenance and upgrade of existing infrastructure in the developed world, says energy expert GBI Research. It says that the market for transmission and distribution (T&D) equipment has matured, with few technological or product innovations now taking place, but renewed demand from emerging economies has helped the market to continue to achieve substantial revenue growth.

Global demand for electricity is expected to increase exponentially in the future, predicted to double between 2000 and 2030, and soaring demand levels in India and China are expected to spur on government efforts to increase national installed capacity.The Asia-Pacific region is expected to invest in T&D developments to connect a greater part of the population to a reliable power supply, as growth in industry, economy and population demand greater electrification. Some developing nations hold mandates, especially for rural areas, and this is predicted to drive T&D investments across India, China and the Philippines in the future.

In contrast, developed nations such as the US and Germany have introduced legislation to support continuous investment in power infrastructure, investing in technologies which will upgrade their existing power infrastructure and improve power distribution services for consumers.

Energy efficiency is vital for ambitious countries attempting to reach the limits of their power capacities. The demand for energy-efficient transformers is expected to increase, as aging T&D equipment provides opportunities for the replacement market, with infrastructural upgrades necessary to cope with increased electricity generation and consumption.

The global T&D market is intensely competitive, involving a large number of highly experienced regional and multinational corporations, and a high compound annual growth rate (CAGR) of 11.3%, with the market growing from a value of US$127 billion in 2012 to US$301 billion in 2020. 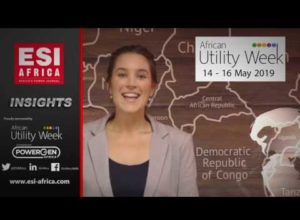