26 March 2013 – South Africa’s Free State coalfield stretches from the Vaal River in the north to Theunissen in the south and overlies nearly all of the Free State gold fields. The Vereeniging-Sasolburg coalfield ranks third in South Africa in order of importance.

Eskom has repeatedly said that it cannot meet the electrical energy needs of South Africa on its own. Medupi, Kusile and Ingula power stations are running two years late, already with significant cost overruns and it is becoming increasingly likely that the first generator unit at Medupi, scheduled to come online in late 2013, will be delayed.

To compound the problem a 900 MW nuclear-powered base-load generator unit at Koeberg has been out of service since 21 February 2013 and on 28 February 2013, the National Energy Regulator of South Africa (Nersa) rejected Eskom’s proposed price increase, only granting an 8% increase per annum for the next five years.

However, underground coal gasification (UCG) could come to the rescue. UCG provides an exciting opportunity to unlock the energy stored in the coal seams in a sustainable and environmentally friendly manner. The syngas produced from UCG is a flexible fuel which can be cleaned for industrial heating, power generation or further chemical conversion into energy carriers like hydrogen, methanol and substitute natural gas (SNG).

South Africa is currently a world-leader in developing the UCG technology. Plans are in place to develop the coalfield north of Theunissen for the production of electricity. The coal seams of Free State coalfield are generally thick and it is not uncommon to find a single seam with a thickness of 24 metres. The presence of thick coal seams often in close proximity to another, present a challenge to maximise the extraction of coal. South Africa, facing a shortage of electricity in the near future might require a new coal-fired power station in the Free State.

South Africa’s National Development Plan 2030 envisages by 2030 that the country will have an energy sector that promotes environmental sustainability through innovation and technology not only for cleaner coal use but also for the introduction of renewable energies.  Whatever the formula at that time, coal will remain an important part of the southern African energy mix for decades to come. Energy is needed to support industry at competitive prices while reducing carbon emissions. In this regard, the Free State coalfield will have an important role to play. 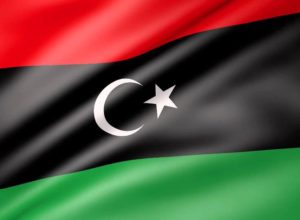