12 December 2008 – The European Investment Bank (EIB) is lending €40 million to Thin Film Solar Technologies SA to support the construction of a production facility for thin-film photovoltaic (PV) modules in Paarl, South Africa. The new-generation PV modules produced by the facility will be used to generate emission-free electricity.

The project will contribute to a gradual reduction of the costs of PV-generated electricity by implementing an innovative production process without the use of the expensive raw material silicon. The facility will impact positively on the South African economy by establishing the country as a reference point for this innovative and locally developed technology and contribute to developing the national PV market. The new plant will provide PV systems to schools and clinics in rural communities, where PV is already often more cost-effective than power grid development, as well as micro-sized installations for individual homes, at competitive prices.

Plutarchos Sakellaris, EIB Vice President responsible for lending operations in Africa, applauded the initiative. “Working with the private sector to encourage innovation and economic growth is a core EIB objective in South Africa, as is providing finance for the development of renewable energy sources. This project marries these two fundamental EIB goals and as such we are delighted to lend our support to Thin Film Solar Technologies.”

The thin film CIGSSe (copper, indium, gallium, sulphur, selenium) technology for the new PV module production was developed by a University of Johannesburg research team. Commercialisation of the technology is to proceed by way of a public-private-partnership among the SA government (CEF and National Empowerment Fund) and private investors (Sasol and the University).

When fully operational, the plant will have an annual capacity of 30 Megawatt peak. Initially, most of the end product will be exported, however, the share of locally sold modules is expected to increase gradually as the South African PV market develops.  The facility will employ up to 150 staff who will receive training and specialist skills development.  Through the involvement of NEF (National Empowerment Fund), whose mandate from the South African Government is to facilitate Black Economic Empowerment, Black South Africans will be able to participate and become beneficiaries in this strategic project.

The EIB is providing this loan under its Structured Finance Facility (SFF). The SFF was established in 2001 to enable the Bank to support to priority projects with a higher risk profile than normally assumed by the EIB. 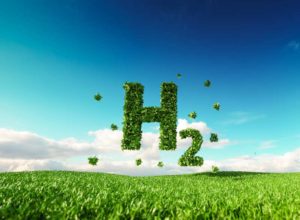