Kigali, Rwanda — ESI-AFRICA.COM — 14 September 2011 – Egyptian company Orascom Construction Industries plans to invest up to US$130 million in Rwanda in the next three to four years for the construction of a methane power plant which will produce 50 megawatts.

Only 14% of the Rwanda’s population has access to electricity, according to the country’s Energy Ministry. The country had an installed capacity of only 69MW in 2009, but plans to increase this to 130MW by the end of 2012 through investments in small hydropower and methane gas plants.

This week the government of Rwanda and Orascom Construction signed a deal to construct and maintain a methane gas plant at Lake Kivu.

“It’s very early to talk in accurate numbers, but we think investing in the first 50 Megawatts will be in the range of between US$100 and US$130 million, but this is very rough,” Orascom director of Africa operations Mohamed Safeyeldin told a news conference here.

Minister of state in charge of energy Coletha Ruhamya said the government planned to ramp up production in the next few years and connect more people to the grid.

“We are targeting to have a thousand megawatts in seven years and to connect at least 50% of the people to electricity,” Ruhamya added. “To get to the first megawatts can take or three or four years.”

Rwanda is also looking at the possibility of harnessing geothermal power, produced by tapping the steam created by water trapped near hot rocks in the earth. 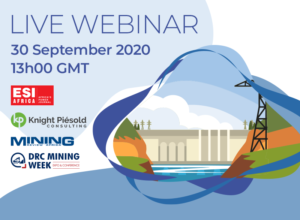