In North Africa, Egypt’s New and Renewable Energy Authority (NREA) will soon call for interested bidders to submit proposals for the construction of solar and wind power plants with a total generation capacity exceeding 2,000MW.

NREA Head Mohamed Salah Sobky said that the authority receives dozens of offers daily from Arab and foreign companies to establish the renewable power plants, the Daily News Egypt reported on the weekend.

The tender regulations will based on the specific type of renewable power technology that is being procured and the indicated generation capacity is based on the national electricity grids’ ability to accommodate the additional power.

Since government have approved the development of new renewable power generation capacity through the country’s feed-in-tariff, the NREA have been working with the private sector to further develop solar and wind power facilities.

Sobky said that power purchase agreements are currently being prepared for the purchase of the generated clean power.

According to the Daily News Egypt, Sobky said that the executive procedures have been resumed for the projects to be launched by German technology company Siemens.

According to Sobky,  the proposed prices by Siemens to establish these plants was the most reasonable compared to other quotes.

Siemens will manage the financing of the renewable projects, and the NREA will pay for the value of loans and the financing.

The project sites will be located in the western and eastern areas of the Nile, and the Suez Gulf on the Red Sea Coast. 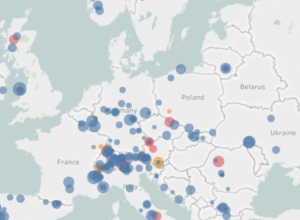