The deadly Ebola virus has put the brakes on the construction of the Mount Coffee Hydro power plant.

On Monday, Lands, Mines and Energy Minister, Patrick Sendolo addressed the Senate Committee with grave concern on the Ebola outbreak and the huge negative impact it has had on generation projects in West Africa and that the Liberian Mount Coffee project would not be running by December 15, allAfrica reported.

The contractors involved in the implementation process have abandoned the project with fear for their lives and contracting the Ebola Virus, Sendolo added.

‘In order to prepare to start the project, we needed to start doing the civil works and in order to do that, they should by now be mobilizing to do it but because of the health situation, no mobilization has taken place’, he said.

The rehabilitation of the project will not be scraped but rather a new implementation timeline has been drawn. Minister Sendolo said that the time frame for combating the disease will need to be added to the total construction timeline of the Mount Coffee 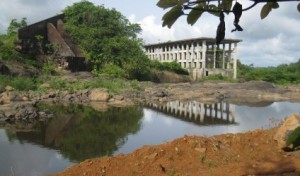 Sendolo said that their aim of completing the project within 6-9 months is no longer a reality, allAfrica reported.

‘All the generation projects were on course but cannot because most of our contractors have pulled out’, he said.

The West African Power Pool has not been able to meet energy demands via cross border electrification as contractors across the region have fled their appointed projects due to the virus, the frustration of this was felt by the minister, allAfrica reported.

‘I don’t care how we put it, nothing will change if the contractors don’t come back. They need to mobilize and start doing the work or stay exactly to where we are. We need to change the current situation from where we are’, he said.