26 June 2012 – Pöyry Deutschland in association with GeoThermal Engineering (GeoT) has been awarded consulting contract to establish and operate the Geothermal Risk Mitigation Facility (GRMF) for Eastern Africa. The contract is valued at $4.5 million with a duration of 4 years.

Pöyry Deutschland GmbH in association with GeoThermal Engineering GmbH (GeoT) has been awarded a Consulting Contract by the African Union Commission (AUC) in cooperation with the KfW Development Bank for the establishment and operation of the Geothermal Risk Mitigation Facility (GRMF) for Eastern Africa. The value of the contract amounts to EUR 3.5 million ($4.5 million) and it has been awarded in April 2012. The duration of the project is 48 months.

GRMF aims at facilitating the identification and development of geothermal resources for power production in Ethiopia, Kenya, Rwanda, Tanzania and Uganda. The project development will be promoted by a fund of 50 million EUR provided by the German Government and the European Union. Based on their wide experience in international procurement and tendering processes in combination with their deep understanding of geothermal resources, Pöyry with GeoT were selected as the best bidder to support the AUC as GRMF Consultant, in evaluating and selecting eligible applicants. 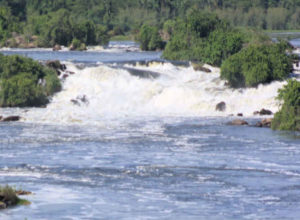