In East Africa, the low rainfall has forced hydropower plants in Tanzania to switch off as capacity has dropped by 20%, hampering the plants’ ability to operate efficiently, Kenya’s national broadcaster KBC reported on the weekend.

According to Badra Masoud, head of communication at the ministry, the closure of the dams was the result of climate change and not that of the government.

Masoud said: “We cannot do anything because of the changes in environment – we are not getting enough rain.”

In addition to environmental elements, agricultural activity happening upstream was further contributing to the reduced flow of the water.

Masoud said: “We are trying to convince Tanzanians not to farm upstream.”

According to KBC, the hydropower plants generate 35% of Tanzania’s electricity consumption.

In August, the east African Business Week reported that the country’s Electricity Supply Industry Reform Strategy and Roadmap 2014-2025, indicated that the state aims to increase installed generation capacity from the current 1,583MW to over 10,000MW.

With only 24% of the mainland population with access to conventional power, this increase in power generation will have an impact on the country’s economic growth.

In September, the country connected a new gas pipeline which will supply gas to the 112MW Symbion power plant, Plant number 2 at Ubungo as well as the 150MW Kinyerezi plant.

However, due to technical problems these plants were not operating at full capacity.

Masoud said: “I cannot predict when this will be sorted out because of the technical issues – we need to be patient so that all these problems and challenges can be sorted out.” 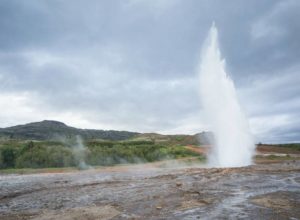