Amsterdam, The Netherlands — ESI-AFRICA.COM — 01 August 2011 – Dutch power utility Essent has revealed that its two gas-fired power plants, which have a ccombined capacity of 1,710 megawatts (MW), are scheduled to come online at the end of 2011 or in early 2012.

Last week, Essent announced that it had begun the first tests for the two power plants, the 430-megawatt plant Moerdijk 2, and the Claus C plant, which has capacity of 1,280 megawatts.

The Claus Power Plant in Maasbracht, in the southeast part of the country, originally consisted of two 640-MW gas units, Claus A and B. The expansion and modernisation of the Claus B unit to Claus C will increase capacity from 1,280 MW to 1,920 MW, making it the largest power plant in the Netherlands.

The new power plant Moerdijk 2 will increase the capacity of the whole Moerdijk complex in the south of the country to 775 MW from 345 MW, improving the efficiency and cutting CO2 emissions by 40%.

Meanwhile, Germany’s RWE has signed a memorandum of understanding with Russian gas monopoly Gazprom , which could lead to gas and coal power joint ventures in Germany, Britain and the Benelux countries. 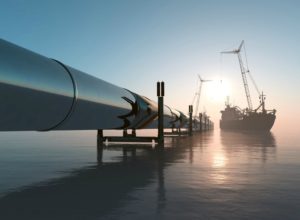