A photovoltaic (PV) power plant engineered and constructed by First Solar in Dubai, was recently recognised as the region’s top solar project. The 13 MW first phase of the Mohammad Bin Rashid Al Maktoum solar park, was selected as the solar project of the year at the Middle East Electricity Awards.

First Solar, selected by the Dubai Electricity and Water Authority (DEWA) to provide engineering, procurement and construction services, as well as its advanced thin-film modules, connected the plant to the emirate’s electricity grid 195 days after breaking ground in March 2013. The project, the company’s first utility-scale plant in the Middle East and the largest operating solar PV facility in the region, had a workforce of 1,280 personnel at its peak and required more than 1.4 million man-hours to complete, all of which were accident-free.

Powered by 152,880 First Solar FS Series 3 Black PV modules, the plant generates approximately 24 million kWh a year. The plant covers 238,764 square meters – that is sufficient to accommodate approximately 33 soccer pitches and is designed to operate for over 25 years. Significantly, First Solar completed the plant on schedule and spent as much as 50% of the facility’s cost in the UAE, sourcing components such as racks, transformers, cables and switchgears from local suppliers. 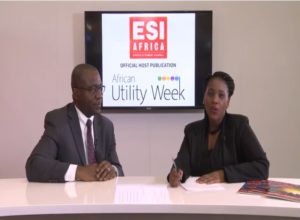 Addressing the issue of financial viability in African utilities