A 13 MW solar power plant established in Dubai, the United Arab Emirates (UAE), saw construction completed in less than 30 weeks. First Solar, which handed over the facility, says it is the largest operating solar photovoltaic (PV) plant in the region.

First Solar, selected by the Dubai Electricity and Water Authority (DEWA) to provide engineering, procurement and construction services, as well as its thin-film modules, connected the plant to the emirate’s electricity grid 195 days after breaking ground in March 2013. The project had a workforce of 1,280 personnel at its peak and required more than 1.4 million man-hours to complete, all of which were accident free.

Powered by 152,880 First Solar FS Series 3 Black PV modules, the plant will generate approximately 24 million kilowatt hours (kWh) of electricity a year. The electricity generated by the power plant will, on average, displace approximately 15,000 tonnes of CO2 annually, equivalent to removing about 2,000 cars from the road every year.

“This plant represents an important step in the implementation of the Dubai Integrated Energy Strategy 2030 to diversify Dubai’s energy mix, as envisioned by the Dubai Supreme Council of Energy. For the first time, we are harnessing the sun to power growth and prosperity in the Emirate, which is a significant achievement,” says Saeed Mohammed Al Tayer, vice chairman of the Dubai council of energy. “Through this flagship project, First Solar has been able to demonstrate many of the attributes, such as reliability, affordability, scalability and speed of deployment, that make solar power such an attractive proposition.”

The 13 MW solar PV power plant is the first phase of the landmark Mohammed bin Rashid Al Maktoum Solar Park. The Park is expected to eventually cover 40 square kilometres and produce 1,000 MW for the national grid using both PV and solar thermal technology.

Jim Hughes, First Solar’s CEO says, “While we join Dubai in celebrating its latest accomplishment, it is important to take note of the project’s broader significance. In addition to showcasing the effectiveness of our advanced thin-film modules in hot climates, it has established a benchmark for the development of solar energy projects in the region.”

The plant covers an area of 59 acres or 238,764 square meters – that is sufficient to accommodate approximately 33 soccer pitches and is designed to operate for over 25 years. 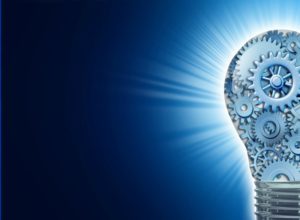