20 May 2013 – With South Africa’s predominately coal fired electricity generation capacity, the procurement of coal for Eskom, in particular post 2018, is becoming an increasingly urgent issue. The launch and sustaining of mining projects of any kind, but specifically coal projects in a depressed economy, is a tough challenge.

In international terms a junior miner means a small capitalisation company that has enough cash to start an exploration company. In South Africa it means a BEE or small mining operation. South African junior miners now account for about 30% of the country’s total annual production.

More than 60% of the 250 million tonnes of coal purchased by Eskom comes from the major mining houses – BHP Billiton, Xstrata and Anglo-American. The power utility has already contracted 80% of the coal it needs up to 2018, but there is a major shortfall after that. It is reported that the utility is keen to diversify and buy coal from black-owned firms.

Can junior miners fill the gap? Do they take over areas or projects that are regarded as un-mineable? Do they have the technical capabilities? Are their expectations too high?
It has become evident that junior mining companies in South Africa have struggled to get their projects off the ground as they have often lacked technical expertise and financial backing and end up parting with shares or selling off hard-worked production.

On a more positive note the Richards Bay Coal Terminal (RBCT) which exported 68.3 million tonnes in 2012 has indicated its intention to combat the perception that use and ownership of the terminal is limited to the major mining houses. Seven of the nineteen shareholders in the terminal are junior miners and BEE recognised.

One of the options that could be explored is the development of collaboration with traders to become venture capital partners to mining entrepreneurs. This partnership would help reduce the risk in mining projects and hopefully attract more investment to the industry. This could result in new mining and economic opportunities.

In terms of technology developments, new technology to combat acid mine drainage is high on the list to make coal mining more eco-friendly. 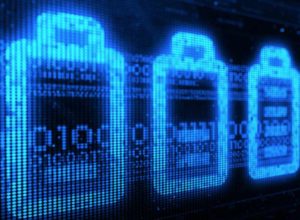