31 January 2013 – A recent deal between Alstom and the General Electricity Company of Libya (GECOL) was signed whereby Alstom will supply GECOL with equipment for 11 gas turbines. A result of this US$333 million deal is that the new equipment for the various power plants across the country will replace the old equipment which was previously provided by the same company.

The equipment will be delivered in two phases during 2013 and 2014, with delivery of parts for six turbines to take place this year and the remaining plants to get their new parts in 2014.
The objective is to have all of GECOL’s gas power plants operational and reconnected to the Libyan electrical grid, to provide enough power to cover the peak summer and winter demands for 2013. During these periods, electricity demand is high because of the excessive heat or extreme cold conditions experienced.

Senior vice president of Alstom Thermal Services, Hans-Peter Meer, says the company is committed to restore power in Libya. The deal helps strengthen Alstom’s presence in the middle east and north Africa region where electricity demands have rising at a considerable rate and the demand for upgrade and optimisation is a high priority.

Alstom has a long standing relationship with GECOL and has delivered 24 gas turbines to the country, which represents more than 50 % of GECOL’s operational capacity. 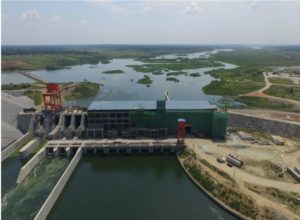