26 May 2008 – In a first for South Africa, Darling Wind Power, an independent power producer with BEE shareholding included, officially opened its wind farm in May 2008.

This national demonstration wind farm has four wind turbines that can supply 5.2 megawatts of electricity.  All the electricity produced will be sold to the City of Cape Town as part of a long -term power purchase agreement.

This landmark project was developed by a group consisting of a private developer, DARLIPP, the Renewable Energy development parastatal, Central Energy Fund and the Development Bank of Southern Africa (DBSA).  A portion of the funding was provided as a grant by the Danish International Development Assistance (DANIDA) programme of the Danish government.  The green electricity facility also qualifies for a United Nations Global Environment Fund guarantee scheme, managed by the South African Wind Energy Programme (SAWEP) of the Department of Minerals and Energy.

This visible project, together with lessons learned, is available to facilitate and ease further such green electricity developments.  The project had extensive challenges covering new ground.   A benchmark development time internationally for such developments is usually three years, yet in this case, environmental impact assessment process led to delays, such that the project had a 10 year development phase. The project can now enter an expansion phase on a fast track basis, and similar projects are likely to also be able to be progressed far quicker.

South Africa with its ample coastline has the potential for major electricity generation from wind. The Chief Executive Officer of DARLIPP, Mr. Hermann Oelsner, states that South Africa has the potential to be able to generate electricity from wind in excess of its current total national power consumption, and without the harmful effects of fossil fuel and nuclear powered generation plant (alternatives such as coal combustion and nuclear power).

Dr Manny Singh, General Manager of the Energy Development Corporation, a division of CEF, said that support schemes for renewable energy being developed by the Department of Minerals and Energy and the National Energy Regulator of SA (NERSA) can enable renewable energy to play a significant role in South African power supply, while also reducing harmful emissions that contribute to global warming.

DBSA Executive Manager, SA Operations, Mr. Luther Mashaba confirmed the organisation’s commitment to affording emerging BEE entities the opportunity to participate in this major investment in a new industry for South Africa. In addition, he re-emphasized the DBSA role of acting as a catalyst and supporter of the empowerment of local broad based BEE entities in the ownership structure, as well as at entrepreneurial level in the project. 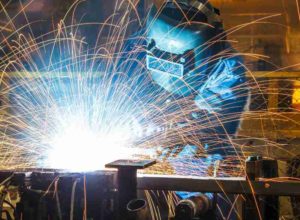