Concentrated Solar Power (CSP) should be compared on its position to deliver clean power after sunset rather than its cost. This was emphasised by Cedric Philibert, Senior Analyst for the Renewable Energy Division at the International Energy Agency during a briefing on Tuesday.

Stakeholders with a vested interested in CSP technology and who are dedicated to achieving a less carbon base energy system, gathered at a conference in Cape Town earlier this week, to discuss the status of the clean power technology and its place in South Africa’s energy sector.

According to Philibert, the IEA sees an important role being played by CSP technology in the evolution of the electricity mix, especially in countries with sufficient sunshine.

He stressed that this technology is not the same as solar photovoltaic (PV), which can work almost anywhere, CSP can only operate efficiently in areas with a very high Direct Normal Irradiance (DNI).

Because CSP has the capacity of storing heat before transforming it into electricity, it has the tremendous advantage of being dispatchable, responding to demand peaks, even if it takes place after sunset.

Over the past four years, the IEA has been working closely with the Department of Science and Technology and the Department of Energy to develop a solar energy technology roadmap for South Africa, which has identified a huge potential for both solar PV and CSP.

Because the main peak period is after sunset, this demand is met by diesel power, which is an inefficient and expensive feedstock—both factors that need to be addressed to secure a sustainable energy future.

Speaking at the press briefing was director general from the DST, Dr Phil Mjwara, who said that the South African government has been looking at various financing models for deploying solar energy technology such as solar water geysers.

Initiatives such as this is not only increasing access but is reducing costs for the consumer as well as having consideration for the environment.

Despite the costs, the added value that the technology can bring to a community is enormous. Rajpaul noted that a “CSP plant is a stand alone power station”. In terms of construction there is a considerable opportunity for job creation.

“It’s not the same as importing PV panels and importing wind turbines […], because the job creation potential and opportunity of a CSP plant, involves metal structures, concrete, mirrors—we can create an entire industry around that.”

Rajpaul noted that once an industry is created, it opens up doors for exporting products as well as opportunities to export technology and skills.

The Stellenbosch University is currently running a CSP pilot project, dubbed the Helio100, which is testing the viability of cheaper heliostat materials, which if proven affective, could be a major milestone for the country.

Vikesh Rajpaul, programme manager for CSP, Eskom, said that the utility is quite advanced with its 100MW CSP plant in Upington and that “we [Eskom] are advanced with other developments in terms of PV technologies as well”.

The utility is embracing the need to integrate alternative clean power solutions into the country’s energy mix to ensure it achieves an energy secure future.

He highlighted the commissioning of the 100MW Sere wind farm located near Vredendal in the Western Cape, which came online in March this year. 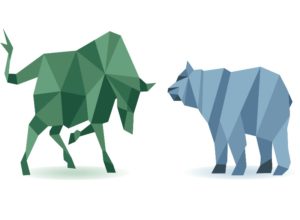 Will 2019 attract a bull or bear FDI market?