Johannesburg, South Africa — ESI-AFRICA.COM — 03 May 2011 – The High Court in Johannesburg is expected to rule within days on whether the pricing arrangement between South African national power utility Eskom and mining giant BHP Billiton’s aluminium smelters should be made public.

Revealing this here. The Sunday Times reports that Billiton’s Hillside smelter near Richards Bay, and its Mozal smelter near Maputo, use about six percent of the country’s total generated electricity.  The two parties entered into contracts in the 1990s for Billiton to get cheaper electricity.

According to Eskom’s 2009 financial statements, the utility lost about R8.3 billion for the remainder of the contracts, although this figure was adjusted to R4.7 billion in 2010, mainly due to the renegotiation of the Mozal contract.

Using the Promotion of Access to Information Act, a Sake24 journalist has asked the court to force Eskom to reveal how it calculated Billiton’s electricity tariffs, as well as the duration of and signatories to the contracts.

Billiton argued it would suffer enormous damage if its competitors knew these details, and has tried unsuccessfully to have the case rejected. 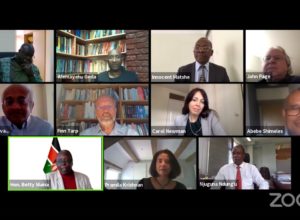