ARTsolar has been awarded a contract for the supply of photovoltaic (PV) modules in the South African government’s R100 billion Round 2 of the Renewable Energy Independent Power Producer Programme (REIPPP).

“This contract, which is the first in the REIPPP to be awarded to a majority South African owned (PV) module manufacturer, is an exciting development for ARTsolar,” Mark Walsh, managing director, ARTsolar, says. “These PV modules, which are being assembled at the ARTsolar plant in KwaZulu-Natal, form part of the 417.1 MW PV component of Round 2 of the REIPPP.

“The company is committed to providing long term solutions to the development of the renewable energy industry, in support of the South African Government’s goals for the roll-out of renewable energy generation capacity and the development of a local manufacturing complex. PV technology, with long term cost efficient features, is a reliable and proven source of electricity, which is environmentally-friendly.

ARTsolar has teamed up in this REIPPP project with a global PV specialist that supplies modules and equipment all over the world. Astronergy, part of the Chint group, is a large scale producer of PV modules in mainland China.

South Africa will benefit from the combined technologies, skills and experience of this team, also taking advantage of the successes of solar power projects implemented around the world.

Through the REIPPP initiative, the South African government aims to procure and install 1.45 GW of PV capacity by the end of 2014.

Earlier this year, the REIPPP won the Green Infrastructure Project of the year award at the sixth Global Infrastructure Leadership Forum held in New York. 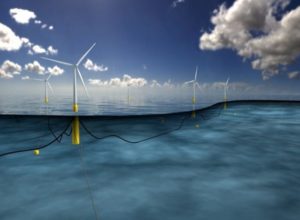