Consulting Engineers South Africa’s (CESA) newly appointed president, Abe Thela, says that South Africa’s National Development Plan (NDP) created to develop the country’s economy will never materialise unless there is involvement of consulting engineers. Government through the NDP has identified infrastructure development as key to the socioeconomic development of the country.

Consulting Engineering, although a relatively small sector, has a large multiplier effect on the development of infrastructure as consulting engineers are the designers that create the large scale infrastructure projects that employ large numbers of people during the construction, operation and maintenance phases of infrastructure.

CESA is pleased that South Africa’s government has prioritised infrastructure development as a key component of accelerated economic development. In his 2013 medium term budget policy statement Minister Pravin Gordhan allocated R827 billion to infrastructure for the three year period ending 2015/16. CESA welcomes this announcement but is concerned government has not yet revealed the project pipeline going forward. The industry needs this information to commit to long term planning and investment in more resources. Although there were delays in implementation since the NDP which was adopted at the end of 2012, the organisation is looking forward to an acceleration of this programme in 2014.

While CESA does not oppose competitive bidding, which is a constitutional imperative, they do not believe that price should be the determining basis. The organisation believes that it should be based on quality taking into account the bidder’s qualifications, experience, capability and innovation.

The bulk of infrastructure cost lies in construction and maintenance with the cost of consulting engineering only being 1% to  2% of the project lifecycle cost. So it makes perfect sense that a procurement system that takes the entire project life cycle into account should be implemented when procuring consulting engineering services. Consulting engineers need to go back to their very important role of being trusted advisers to the client providing advice on planning and design and its impact on construction operating and maintenance costs.

As an interim measure CESA calls on government to reintroduce quality as part of the total procurement points calculation alongside price and BBBEE points. At the same time it challenges government to conduct a comprehensive research and review of the current procurement system to determine its impact on the consulting engineering industry and infrastructure development in the country.

CESA is committed to working with government to address these constraints where they affect the consulting engineering sector. The potential of public private partnerships (PPPs) to entice private sector investors into infrastructure development is not fully appreciated in South Africa.

CESA supports BBBEE as necessary to transform business and contribute to the eradication of inequality – a NDP objective. However, the current requirement for a consolidated / joint BBBEE scorecard for joint ventures discourages the formation of joint ventures which are crucial for skills transfer between large and small firms, international and local firms as well as for creating critical mass between smaller firms to enable them to handle larger projects. CESA proposes that a formula be developed to enable calculation of consolidated BBBEE scorecards of two or more entities forming a joint venture.

With projects getting bigger and some taking more than three years to implement from design to construction completion, CESA urges the country’s government to review and align the Municipal Finance Management Act and Municipal Systems Act. This will sort out the issue when appointments are made for consulting services for a fixed three year term and the project runs over this period.

CESA is also lobbying to have consulting engineering alongside other built environment professions designated as a local service to receive preference over international companies, who do not have a presence in South Africa, when bidding for work.

Infrastructure needs a cadre of engineers focused not only on planning, design, tender specification, evaluation and adjudication but also on maintenance and operation – localisation needs to be looked at carefully as you cannot create employment and deal with inequality unless South African companies are utilised to their maximum capacity.

An added challenge is the serious lack of technical capacity within government. In order for tender documents to be effective they need to be prepared, and subsequently tenders need to be evaluated, by competent engineers in government or a consulting engineering consultant with input from government’s supply chain. Minister of finance, Pravin Gordhan, recently acknowledged that consulting engineers are key, and the exception, to government’s ban on the use of consultants. Government does not have the capacity and this is particularly poor at provincial and local government level.

CESA has made a number of proposals to partner with South Africa’s government to assist with capacity. CESA member firms have the skills and the capacity to assist government in unlocking infrastructure development. The biggest issue is that the working environment for engineers in government needs to be improved. Properly qualified and experienced individuals need to be appointed to critical government technical posts and their contracts need to be based on their performance of technical work.

CESA fully supports the NDP but implementation is key and this is where government falls short and CESA and its member firms are able to assist. CESA is ready to engage and partner with government to address these challenges. The organisation has been lobbying Government for years on these issues and more recently with National Treasury which is reviewing procurement regulations following CESA’s interaction with them. 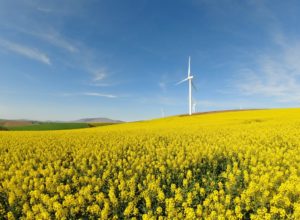