7 February 2008 – The common market of East and Southern Africa (Comesa) plans to spend well over a million shillings on an interconnection project which will connect all 19 member countries.

Part of this plan includes a high voltage line from Nairobi to Arusha. Said Kenya Power and Lighting Company’s Gregory Ngahu, "It effectively means Kenya will be connected to the southern Africa power pool when this line is completed."

An interconnection project between Kenya and Ethiopia is undergoing a feasibility study. Ethiopia has the capacity to produce 1 875MW – four times its current demand of 400MW.

Callixte Kambanda, executive secretary of the East African Power Pool (EAPP) said the connection would be implemented from April 2008. Many Comesa member countries, including Zambia, Malawi and Zimbabwe, are experiencing power rationing and only 30% of the population within Comesa has access to electricity.

The Comesa secretariat is working on a master energy plan for the region which aims to identify priority projects for adoption by member states.

"Many potential donors were approached and it is hoped that an interest for financing will be confirmed," the secretariat said in a statement, confirming that many of the project would be public private partnerships.

A 1 115 MW hydro project in Ethiopia and another of 1 250MW in Sudan will add to the capacity of Comesa by about eight percent. Comesa’s installed capacity is estimated at around 31 000MW.

Comesa is hoping that connecting the EAPP with the Southern African power pool (SAPP) will give it access to the abundant hydro resources in the DRC, Ethiopia, Zambia and Uganda.

"This will also offer an opportunity for the expansion of the energy mix by harnessing other energy sources, nuclear energy, renewable energy namely solar, wind and bio-fuels," Comesa said. 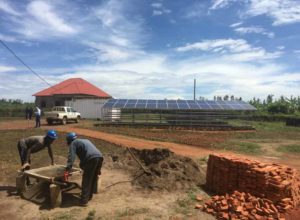 Talking points: How to set up shop in Rwanda’s mini-grid market