13 May 2013 – Eskom’s figures from its regular system updates show daily electricity demand in South Africa already reaching a peak of close to 34,000 MW during early May 2013 as wide parts of the country experienced a cold autumn, or early onset of winter.

Power demand on the 7th of May 2013 peaked at 33,980 MW, this compared to below 32,000 MW during the summer months in South Africa. The country’s peak demand trend occurs during the 17:00 to 21:00 period as the residential sector increases use of lighting, cooking, hot water and space heating upon people returning home from work.

The country has been suffering from electricity constraints, exacerbated by delays in the completion of the new 4,800 MW six unit Medupi power station, which may only see stable base load power supply from its first unit in about May 2014. With Eskom having to undertake maintenance on its power stations during winter, a practice not followed in prior years, the system will be extremely tight. Eskom is already running expensive diesel fired open cycle gas turbine peaking plant extensively, this acting as emergency base load capacity. 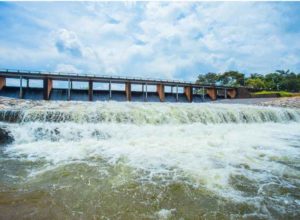