Johannesburg, South Africa — ESI-AFRICA.COM — 01 August 2011 – South Africa’s National Union of Mineworkers (NUM) says it has reached a wage deal with employers in the coal sector to end a week-long strike that threatened supplies to power plants, as well as exports in Africa’s biggest economy.

While the coal meeting went ahead, the one between the gold producers and the unions, also scheduled to have started this morning, was postponed until this afternoon.

Referring to the end of the coal strike, NUM spokesman Lesiba Seshoka told Reuters “They are going to be signing the offer… the strike will be called off.”

This morning’s round of talks brought an end to the coal miners’ strike which had been approaching the stage where it could have threatened supply problems to national power utility Eskom Holdings, which provides nearly all of South Africa’s power and almost exclusively runs on coal.

Furthermore, analysts had said that if the coal strike had persisted for at least another week, exports to Asia and Europe could have been disrupted.

Some 100,000 gold miners downed tools on Thursday, halting operations at AngloGold Ashanti, Gold Fields and Harmony Gold at a time when bullion is at record highs.

Reuters reports that negotiators have narrowed the gap on the gold front, raising hopes of more progress, though neither side is predicting a breakthrough.

“They have put something on the table and we are looking at that and consulting with our members, and will come back today to see if there can be some improvements in their offer,” National Union of Mineworkers (NUM) general secretary Frans Baleni told Reuters ahead of the talks. 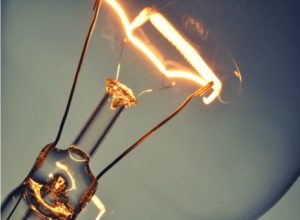 Eskom might shelve loadshedding for the weekend, or not