18 May 2012 – Senegal’s reliance on crude oil with its high and volatile pricing as a power source has over the past few years prompted Societe National d’Electricite (Senelec), the country’s national electricity utility, to look at coal fired power plants which are considered less costly.

Earlier this year Bloomberg reported that Korea Electric Power Corporation plans to build a US$585 million coal fired power station in Senegal, which will boost the country’s generation capacity by 250 MW.

The funding for the project will come from the Korean company and the Korean Development Bank. Mamadou Diallo, spokesman for Senelec confirmed that the agreement was signed in January this year. Senelec says that this project will allow it to significantly reduce the cost of production of electricity and subsequently the cost per kilowatt hour to its customers.

In December last year, energy minister Karim Wade said the power station would reduce the cost of electricity by 50% and boost economic growth by 2% a year. The two by 125 MW power station is planned to be in operation by 2015 and will be located at Sendou, 32 kilometres from the capital city of Dakar.

Senegal has limited indigenous energy sources apart from some natural gas production in Gadiaga, located south of Dakar. Therefore it has to rely on oil imports as a source of fuel for electricity generation to satisfy its strong electricity demand, which averages a 9% to 10% annual growth rate. Senegal’s consumer electricity tariff rate is considered to be the highest in west Africa. 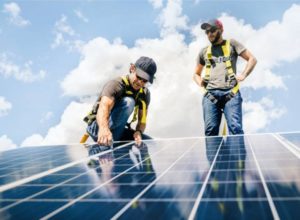