Seattle, United States — ESI-AFRICA.COM — 07 June 2011 – An exhaustive analysis of the global market for clean and renewable energy in the last quarter of 2010 has shown that financing is coming back, even though it was not reflected in the market data at that time.

Revealing this in a statement released here, international investment bank Cascadia Capital said that while capital investments were not actively pouring into the space, other factors played out to slowly create momentum in the market including the maturation of technologies, particularly in the waste to energy, bio-fuel and solar sectors.

This belief was validated over the last several months with US$2.65 billion in venture capital and private equity being infused into the sustainability sector across 165 deals. The month of March alone saw US$1 billion of financing.

At the end of last year, the vast majority of funds were put to work in existing companies which had previously received institutional capital. This is indicative of a maturing industry and the trend is becoming more prevalent across the sustainable sector.

The statement added that there were several dominant trends within the market, leading to increased momentum in the energy sector. These include:an increase in single investments; greater willingness by investors to accept risk; and increased M&A activity.

Solar was the top sector with invested capital in Q1 of US$636 million and over 27 deals. According to global research firm Cleantech, investment came from 159 companies in North America, Europe, China and India. That said, the biggest reduction in asset financing in terms of volume were in US wind and European Solar.

In terms of M&A transactions, there were several key deals in the sustainable sector during the first quarter. The largest and most notable was General Electric’s acquisition of Converteam Group for US$3.2 billion.

In summary, the first quarter  of 2011 paved the way for increased capital infusion into the energy sector for the remainder of the year. Market watchers should keep their eyes on the most capital efficient, low risk companies as they will be the ones to receive funding and make headlines over the coming months. 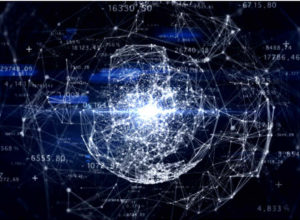