In South Africa, 13.6% of the national population lives in informal housing including backyards. Due to the wide-spread occurrence of informal dwellings i 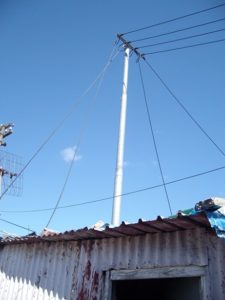 n the backyards of houses in formal townships, the mayor of Cape Town, Patricia de Lille, saw the need to improve the circumstances of the many so-called backyarders living on council property. In October 2011, the City Council gave the green light to continue with three pilot sites, namely Factreton, Hanover Park and Langa.  The latter was later withdrawn due to consumer resistance.

According to Hein Boshoff, Head of Electricity Distribution Area North at the City of Cape Town, a total of 188 backyarder dwellings in Factreton have so far been provided with electricity. In addition, 984 dwellings in Hanover Park have been connected.

Boshoff said that “the two pilot backyarder projects, each with their own challenges, proved to be successful and Council is continuing with this approach in areas where the community is willing to accept these improvements. The Electricity department will be attending to two other areas for backyarder supply: Parkwood and Bonteheuwel”.

Monier Larry, who looks after his two-year-old daughter Isis, says he has been a backyarder for more than 20 years. He now has a light and an electricity box in his shack and the council installed a sink with tap and a toilet in the backyard. He explains: “We used to get electricity from the house inside and it used to be a bit of a problem. Sometimes it would trip or they would complain that we use too much electricity or you did not know how much electricity you were using. It is much easier since I have my own box now.” 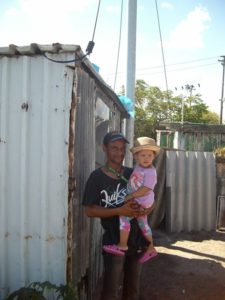 Next door, 31-year-old Teresa Gordam agrees. She shares a backyard dwelling with her boyfriend and young cousin. “When I moved in here they were busy installing the new services. It is so much more convenient for us to have our own toilet, tap and electricity connection in the back because the people in the main house would not allow me inside to use the toilet and water.”

The infrastructure that had to be put in place includes the removal of the midblock supply to the street front in Factreton. The City of Cape Town’s Hein Boshoff explains that “a new design was also necessary to account for the increased demand in supplying up to three Backyarder dwellings per council rental unit with electricity. This resulted in the strengthening of the backbone of the network and substations. New street lighting was also installed.”

All Backyarder projects are funded through the Urban Settlement Development Grant (USDG). Part of the success of the backyarder programme has been the community engagement aspect. According to Hein Boshoff “the community really enjoyed the whole process and supported us in this whole venture to uplift the social 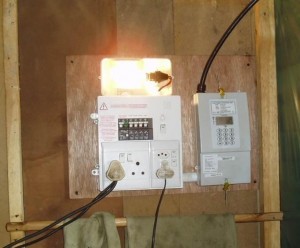 He says the initiative changed the lives of the backyarders with regards to “safety around their homes as there is no more dangerous wiring from the main dwelling, social upliftment – the EPWP Expanded Public Works Programme allowed for work opportunities, improved living conditions – alleviating poverty through subsidised electricity connections – and no more exploitation by the main occupants”.

Hein Boshoff will discuss this project as a featured speaker during the Transmission & Distribution and Smart Grids session of the upcoming African Utility Week conference and expo at the CTICC in Cape Town from 12-14 May, 2015.  As part of the event, the event organisers will run a site visit to the Factreton site to meet some of the backyarders. 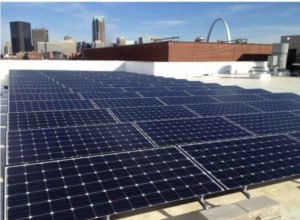