Johannesburg, South Africa — ESI-AFRICA.COM — 03 June 2011 – Tsx- and Botswana-listed CIC Energy (CIC) “’ which is developing the Mmamabula Energy Complex at its Mmamabula coal field in south-eastern Botswana “’ has terminated the proposed acquisition of the company by Indian group JSW Energy, citing failure to complete the deal by the deadline of 31 May.

Making this announcement here, CEO Warren Newfield revealed that CIC now intended getting into negotiations with other potential buyers which had expressed interest.

“We look forward to beginning discussions with other major energy corporations that have expressed interest in CIC Energy in recent months, as well as other parties. We believe this is the best course of action for shareholders. We are prepared to continue the process with JSW, but only on a non-exclusive basis,” he said.

CIC controls the Mmamabula Energy Complex, where it is looking at various power projects as well as a coal export project.

The CIC share price traded as high as C$17.50 in 2007/2008, when the company was planning to build a 1,300MW power station and associated coal mine at a cost of US$3 billion to supply electricity to Eskom. That project has been repeatedly delayed by ongoing uncertainty in South Africa over the role of independent power producers (IPPs) in the country’s power supply strategy.

The decision by the South African government last year to go for a major nuclear build programme, and to limit the involvement of coal-fired IPPs, was viewed as being extremely negative for CIC and other Botswana-based coal companies.

The CIC share price collapsed to C$1.21 before JSW made its offer in November to acquire the company through a C$7.42 per share cash offer. CIC shares soared back to C$7.25 by January, from where they have drifted back to current levels of around C$3.16.

A key condition precedent to the JSW takeover was the requirement that JSW obtain a “letter of comfort” from the Botswana government concerning the key commercial terms for the proposed 300 MWMookane domestic power project.

That was not obtained by the 31 May deadline, triggering CIC’s decision to end the exclusive agreement with JSW.

CIC president Greg Kinross said: “It is disappointing that after almost eight months the transaction with JSW has not been completed, despite several extensions to the original deadline.” 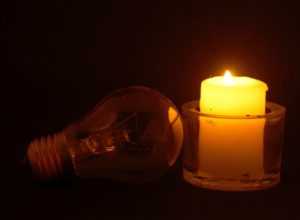 In the dark, South Africans prepare for the worst