The managing director of the Zambia Electricity Supply Corporation Limited (ZESCO), Cyprian Chitundu, has been relieved of his duties with immediate effect it was announced this weekend. 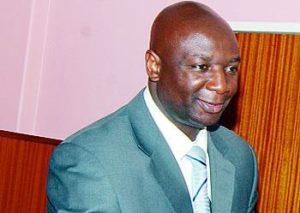 He will be replaced by Victor Mundende, who until now has been Chief Operating Officer at ZESCO.

Energy Minister Christopher Yaluma announced this in a statement released to ZNBC News in Lusaka over the weekend. Yaluma has thanked Chitundu for his contributions towards the performance of one of the strategic parastatals in the country.

On Saturday, the minister dissolved the ZESCO board and said a new board will soon be constituted to ensure that the company continues to improve its performance.