25 June 2010 – China did not qualify for the World Cup, but the country is still making an appearance in South Africa. An ambitious Chinese solar company, the country’s first World Cup sponsor, has placed advertising in all the stadiums in a bid to give its brand a worldwide boost.

Yingli Green Energy Co.’s sponsorship deal allows it to show its logo of Yingli Solar, in Chinese and English, on electronic perimeter-boards at all 64 games of the World Cup. The Yingli slogan appears for 30 seconds at a time, totaling 8 minutes in each game. Yingli also has right to showcase its solar products near the stadiums.

"The World Cup is a very good platform that can immediately boost our brand awareness in every potential market around the globe," said company Vice President Jason Liu.

It is a bold move by the New York Stock Exchange-listed solar panel maker, based in the city of Baoding, southwest of Beijing. The company is not well-known in China. Set up in 1998 with nearly 7,000 employees now, Yingli said its main markets are overseas, with Europe accounting for more than 50 percent.

Liu said core markets also happened to be big football countries, such as Germany, Italy, Spain and France, plus the United States.

Liu declined to say how much Yingli was spending on the sponsorship deal, but said the marketing budget for the World Cup equaled just a small part of the company’s annual revenue. Chinese media have reported the sponsorship was costing at least $20 million.

While most of FIFA’s sponsors are consumer goods makers, such as McDonald’s and Budweiser, Yingli is the first renewable energy sponsor. Analysts said solar panels and soccer may sound like an unusual combination, but the sponsorship could work in terms of building brand credibility and catering to investors.

"Certainly everyone in China, if not everyone around the world, now knows a company like that exists," said Stuart James, head of Asia-Pacific for Helios Partners, a sports marketing firm.

Chinese companies have spent hundreds of millions of dollars in sponsoring international sports events in recent years to go with their ambitions to expand overseas. More than 30 Chinese firms partnered with the Beijing Olympic Games, including PC maker Lenovo as a global Olympic sponsor. And Chinese electronic gadget maker, Aigo, sponsors the McLaren-Mercedes Formula One team and Manchester United in the English Premier League.

James said more Chinese companies will step into international sports sponsorships, but "they need to be activating so much more than just having signs in the field," he said.

Liu said Yingli also planned to expand its market to Africa. The appearance of a renewable energy company will differ from the usual Chinese business activities in Africa that are dominated by state-owned oil companies or infrastructure builders. 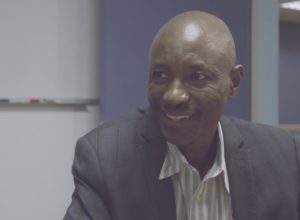