Johannesburg, South Africa — ESI-AFRICA.COM — 4 March 2011 – In a show of commercial muscle that highlights China’s growing investment in Africa, Chinese solar power producers dominated exhibits at an energy conference on a continent where nearly two-thirds of the population is not connected to electric grids.

“ It’s like an invasion!” exclaimed a South African exhibitor at the African Energy Indaba, where 60 of the 80 stands were Chinese vendors, according to event organisers.

Chinese producers are working hard to maximise their impact among African clients. Those could include governments that want to power health centres and schools in remote areas, to rural farmers who want electricity for water pumps and cellphones. They also could include villagers who walk long distances to find wood for cooking, and middle-class families fed up with soaring power prices and urban power cuts.

Germany, the leader in solar energy in the West, was represented only by the European nation’s chamber of commerce. The US, in growing competition with China for African business and resources like oil and strategic minerals, sent two diplomats.

“The country that’s likely to be on the leading edge of all this is not the United States but China,” South African businessman Jayendra Naidoo told the meeting. “China is really becoming a leader in various niches of low-carbon supply of equipment and technology, even if the original technology was developed elsewhere,"” he added.

Exhibitor Sunny Wu, who sat at a stand displaying large posters of his Shanghai company’s home supply systems, said the preponderance of Chinese exhibitors reflected his country’s growing dominance in the solar panel industry. Wu said the number of exhibitors had doubled since his company first came to the conference last year.

Experts at the meeting said only governments and development banks had the means to enforce a greening of power on a continent that was largely run on oil and coal.

The paucity of Africa’s power supply is evident in night time satellite images that show a concentration of light in the North African Arab states and in southern Africa, mainly South Africa.  Vast expanses of black are broken by twinkles in West and East African capitals, often provided by expensive and dirty diesel-fuelled generators.

“Africa has the world’s best solar resources, yet efforts to exploit that energy are restricted to several pilot projects, not the large-scale national projects required to lift the level of energy,” he added.

SA, the continent’s economic powerhouse, will confront a massive power shortage over coming years, despite hefty hikes in electricity rates this year, with more to come. 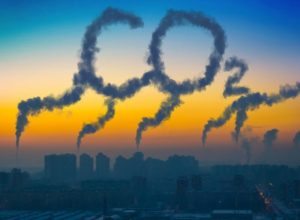