Accra, Ghana — ESI-AFRICA.COM — 28 February 2012 – A delegation of the China Chamber of Commerce has paid a visit to the Ministry of Energy to explore and discuss potential areas of investment in the Ghanaian energy sector.

Led by the director-general of the Department of Commerce of the Jilin Province of China, Wang Fu yi, the delegation discussed with officials of the ministry areas in the power and petroleum sectors where mutually beneficial agreements could be reached.

According to Fu yi, Ghana’s credentials in governance and resource management over the last few years made the country an attractive destination for investors. He said the delegation was in the country to explore various business avenues to enhance the already cordial relationship the two countries enjoyed.

Fu yi added that the discussions would establish a channel of communication between the Ghanaian ministry and the Jilin Province, and would be the foundation for other exchanges to come. He used the opportunity to invite officials of the ministry to visit the Jilin Province of China in September this year for its trade and investment fair.

The chief director of the Ministry of Energy Thomas Mba Akabzaa acknowledged the existing relationship between the two countries, and expressed the hope that the interaction would yield fruitful results.

He told the delegation that various opportunities existed within the power and petroleum sectors, which could be explored, and called on officials from both sides to continue the interaction and come to concrete agreements. 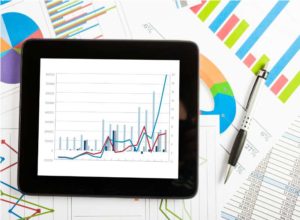