Beijing, China — ESI-AFRICA.COM — 02 February 2012 – Growing urbanisation and the resultant environmental threats it generates has led the government of China to invest nearly US$50 billion annually on the development of its renewable energy sector since 2009.

China will introduce favourable tax and financial policies to support the development of its green economy, according to its 12th five-year plan, which started last year. A strong “green” policy is essential if China is to maintain its rapid and sustainable growth. “China will build a good fund- raising environment for companies to develop green technologies by establishing green technology investment and related equity funds,” said Wang Yuqing, deputy director of the Committee of Population, Resources and Environment of the CPPCC National Committee. The transition to a global green economy may generate a large market exceeding US$1 trillion.

During the 12th five-year plan period, the Chinese government will invest US$468 billion in green sectors compared to US$211 billion over the previous five-year period, with a focus on three sectors: waste recycling and re-utilization; clean technologies; and renewable energy. With this amount of public investment, China’s environmental protection industry is expected to continue growing at an average of 15 to 20% per year, and its industrial output is expected to reach US$743 billion, up from US$166 billion in 2010. The multiplier effect of this emerging sector is estimated to be 8 to 10 times larger than other industry sectors.

But Chinese green companies, especially privately-held ones, are facing difficulties in gaining support from capital markets and depend mainly on funds and subsidies provided by the government. Industry experts are advising these companies to seek funding sources outside of the country, including sovereign investment and national funds. 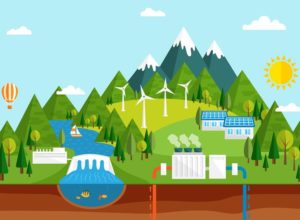