Beijing, China — ESI-AFRICA.COM — 06 January 2012 – The National Energy Administration of China has set a series of development goals for the country’s renewable energy sector during the 12th Five-year Development Plan, which shows that by 2015 the country’s wind power capacity will reach 100GW, based on the current capacity of 40GW.

According to another recently-issued roadmap drawn up for the country’s wind power industry, China’s wind power capacity will reach 200GW, 400GW and 1,000GW by 2020, 2030 and 2050 respectively, making wind one of the five major sources of electricity across the country.

Based on this target, by 2050 China’s investment in the wind power sector is expected to reach about US$1.9 trillion), opening the door to many opportunities for its wind power equipment manufacturers.

“By 2050, wind power projects are expected to address 17% of the power demand in China,” said Wang Zhongying, director, research fellow at the Center for Renewable Energy Development of the Energy Research Institute “’ a part of the National Development and Reform Commission (NDRC). The roadmap also predicts that around 2020, the costs of onshore wind power will be equal to those of coal power.

In particular, the roadmap suggests the following timeline:
Before 2020, give priority to the development of onshore wind power projects, supplemented by near-shore offshore demonstration projects;
From 2021 to 2030, lay equal stress on the development of onshore and near-shore wind power projects, supplemented by far-offshore demonstration projects; and
From 2031 to 2050, realize synchronous development of all three types of projects.

At present, grid connection and rapid need for generated energy are the two major factors restraining the development of China’s wind power industry. “Given the situation, it is urgent for us to work out and implement classified and inter-provincial programmes for timely ingesting of wind power,” said Wang Zhongying. 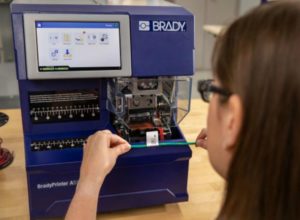