London, England — ESI-AFRICA.COM —03 January 2012 – In the past decade, the Export-Import Bank of China has extended US$12.5 billion more in loans to the countries of sub-Saharan Africa than the World Bank, according to Fitch Ratings.

State-owned EXIM lent about US$67.2 billion to the world’s poorest region between 2001 and 2010, compared with the World Bank’s US$54.7 billion, the ratings company said in a report e- mailed from here. Most EXIM loans have been used for power, mining and infrastructure projects, Fitch said.

“It is estimated that 20% of EXIM bank’s total business volume is conducted with Africa,” Fitch said. “Angola, Ethiopia, Nigeria and Sudan have been traditional recipients of EXIM loans since the bank’s founding in 1994. However, more recent projects suggest an even distribution across the African continent.”

China has been boosting ties with Africa, as it seeks to secure access to the continent’s raw materials and new markets for its manufactured goods. In return it has provided African governments with financing to help develop their economies, attaching less stringent loan conditions than institutions such as the World Bank and International Monetary Fund.

Chinese loans to sub-Saharan Africa exceed the Asian nation’s foreign direct investment in the region, with cumulative investment reaching US$11 billion as of 2010, according to the ratings company.

China Development Bank Corp., the state-owned policy lender, has its own special loan programme with Africa to help small- and medium-sized companies secure financing and build local markets. Since the programme’s inception last year, the bank has helped fund more than 1,000 projects that created 50,000 jobs in more than 25 African countries, Fitch said, citing data provided by the state lender.

“Long-term debt sustainability is a concern, given poor transparency regarding loan terms and the weak debt management capacity of borrowers,” Fitch said. “By the end of 2009 35 African countries had debts canceled by China, amounting to approximately US$30 billion.” 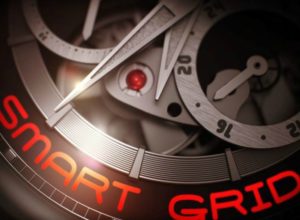 Ed’s letter: Preparing for a decade of smart energy action