21 February 2013 – The UK debate relating to its newly released Energy Bill has centred on consumer bills and mechanisms for bringing more low carbon generation online, but this debate is being replicated right across Europe, where utilities are charging their customers progressively more and often delivering less as intermittent renewables undermine grid stability.

As a result, says Jonathan Lane, GlobalData’s head of consulting for power and utilities, trust in energy utilities across the continent has reached an all-time low.“The traditional utility business model is dying and the end may come more quickly than we think.Whilst there are some fixed costs in the traditional model, such as depreciation, networks and nuclear generation costs, consumers evaluate the product they receive based on the price per kilowatt hour.”

In liberalised markets, utilities compete for business and generate margins based on the price per kilowatt hour. This focus on largely variable pricing is in contrast to other sectors such as telecommunications, pay-TV, internet provision and water, where both the input costs and consumer prices are largely fixed. Lane says, “The energy market is gradually moving to a fixed-cost model and utilities need to wake up to this quickly. Low carbon generation technologies, be they large scale nuclear and offshore wind or small scale solar PV and heat pumps, are by and large fixed cost technologies with the cost of generation set by the upfront capital cost and no reliance on fossil fuel prices.

The development of the mobile telecommunications sector is instructive here, believes Lane.

“The scale and low cost of mobile handset and smart phone production means that Mobile Network Operators (MNOs) are able to provide devices for free as part of service contracts. This is now happening in energy as solar PV prices collapse as the technology scales.”

The Solar Energy Industries Association reports that PV module prices fell to US$4/W in the first half of 2012 from US$8/W in 2009. If electricity prices continue to rise at 10% a year, the GlobalData energy expert thinks it will be no time at all before energy utilities are able to offer service contracts with free hardware, in a model already deployed in the telecommunications sector.

“All of these changes are accelerating more quickly than one could have imagined only a year ago and energy utilities need to catch up quick or see their business models collapse around their ears. Indeed, for many consumers energy utilities would not be the provider of choice for a telco-style service contract with free hardware.”

According to Lane, the choices for energy utilities are stark and difficult; look to win back consumer trust and migrate to a new business model based on largely fixed-price service contracts; partner with a better trusted supplier to enter the fixed-price service contract sector; or retreat into network infrastructure business and the shrinking market for traditional utility generation and supply.

“Energy utilities need to make these choices now before someone steps in and makes them on their behalf.” 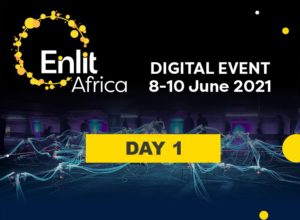