On Tuesday, Basile Kouna, minister of energy and water resources, opened the iPAD Cameroon Energy and Infrastructure Forum in Yaounde, which was attended by over 200 utility experts, financiers and prospective investors.

The two-day event featured discussions focused on how to fast-track the Cameroon energy sector.

During his opening speech, the minister highlighted that Cameroon’s energy potential is rich and varied, with its hydroelectricity strength estimated at over 294TW. He mentioned a number of planned energy production projects to highlight potential investment opportunities.

These projects are all part of the Cameroon Electricity Sector Development Plan up to 2030, which forms part of the larger Cameroon Vision 2035 plan.

Challenges to the sector

Although the country possesses abundant energy generation potential , Kouna noted that only 22% of Cameroon’s rural communities has access to electricity.

He added that government is now more concerned on providing accessibility to modern energy services.

The minister also highlighted security of supply as a major concern as dams and transmission lines, were deteriorating due to disappointing maintenance operations.

According to one of the sponsor, Globeleq: “In Cameroon, we are in the final stages of developing a project to expand the existing Kribi gas fired plant from 216MW to 330MW.” 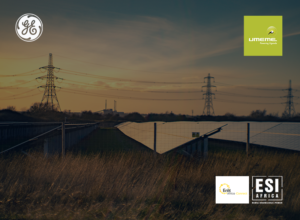