In East Africa, Burundi’s Second Deputy President Dr. Joseph Butore, has announced the construction of a transmission line connecting Bujumbura and the Ruzizi II hydroelectric dam in the Democratic Republic of Congo.

According to the East African Business Week, the 78km transmission project falls under the multinational interconnection of electricity networks of the Great Lakes Region.

The project has been forecasted to reach completion in 21 months by Indian-based company, Angelique International.

Butore said: “The project is of paramount importance for Burundi, in terms of social welfare, because energy self-sufficiency contributes significantly to the development of other sectors of national life.”

With the country facing power shortages, Butore advised that through local partnerships, several new hydroelectric projects were currently under construction.

Once the transmission line reaches completion, it will have the capacity to distribute surplus power to neighbouring countries and import through the regional interconnection lines, the East African Business Week reported.

Media reported that Butore called on agents of public sector company, Regideso, in charge of water and electricity supply in Burundi, and the German development bank, KFW, to work closely to ensure that development of the transmission line and transformer station are both on track. 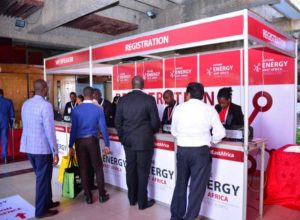