Barloworld Power has been awarded a contract by Bosch Projects to supply equipment for a 4.0 MW biogas-to-power project to be developed in Bronkhorstspruit, 78 km northeast of Boksburg. The electricity produced by the project will be used by a large automobile manufacturer for its plant in Rosslyn, Pretoria.

Biogas is produced when organic matter breaks down in the absence of oxygen, and can be used as a renewable, clean energy source. The Bronkhorstspruit Biogas Power Plant Pty Ltd is an independent power producer (IPP) formed by Bio2Watt, which has a contract to purchase waste from Beefcor, a cattle farm in the area. About 40,000 tonnes a year of cattle manure and a further 20,000 tonnes of mixed organic waste will be fed into two anaerobic digesters that will produce the biogas feedstock for a combined heat and power application using Caterpillar internal combustion gas generator sets.

Beefcor is one of the biggest cattle farms in South Africa with 20,000 head of cattle. Bio2Watt has attracted significant co-funding from the Industrial Development Corporation and other foreign and domestic investors for the project and has signed a power purchasing agreement with an industrial off-taker.

Barloworld Power will supply four 1.0 MW Cat CG170-12 generator sets with ancillary items for stepping up the produced power to a 22 kV distribution system, as well as heat recovery equipment for the digester operation. 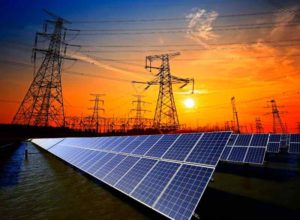 Global solar PV market is breaking all sorts of records