“Work is due to start within a week at a site next to an existing Ecotricity wind farm in Lincolnshire, in northwest England, so the solar park can operate from March 2011,” said the green energy supplier.

Photovoltaic (PV) panels will stand in 59 two metre high rows across 1.9 hectares. The project is described by its developer as one of the first in the world to combine the energy of both the sun and wind into one.

The sun park is the first project to be funded by Ecotricity’s recently launched EcoBonds, which offer a fixed return over four years for investors in ‘the Green Energy revolution’. The company hopes it will be the first in a series of similar projects.

“This is a really exciting new initiative for us and for the UK. It’s not just a new green power source we can harness on a large scale through our Sun Parks, but also the chance to combine that with wind energy,” said Ecotricity founder Dale Vince. “The two are complementary technologies. For example, in winter when there is less sun, there’s typically more wind, and vice versa in the summer.”

But Ecotricity’s project must compete with other planned facilities to become the UK’s first large-scale, grid-connected sun park

A £3.5 million (R38.5 million) 1 to 1.5 MW project in Cornwall, in the southwest of England, won planning permission in September. Ground is due to be broken on the Wheal Jane site at the start of 2011, with construction scheduled to take from six to eight weeks, according to 35 Degrees, the project’s developer. 35 Degrees managing director Stephen McCabe welcomed the Ecotricity project but claimed his company’s project would go on line first. 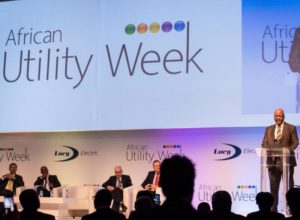