According to Eskom, the Scottish university decided to bestow the honour on Brian Molefe in November 2014, while he was still in his position at Transnet, the state-owned freight logistics company.

In its citation, the university said: “The University Senate seeks to recognise your outstanding leadership of Transnet SOC Ltd in your role as Group Chief Executive, and your commitment to social justice and the provision of opportunities to all through higher education.”

The ceremony was hosted by the GCU chancellor and 2006 Nobel peace prize winner Professor Muhammad Yunus.

Brian Molefe commented: “As we stride confidently into the 21st century, the reciprocity and exchange of knowledge between our two nations in this digital age becomes even more important. The relationship that Glasgow Caledonian University has with establishments in South Africa is crucial to forging these ties.

“We have been able to explore, evaluate and apply innovative and relevant solutions for real-world challenges facing our country. At the same time we are all being exposed to a wealth of new ideas and approaches in our lives. Both our nations have been enriched by this engagement.”

With foundations dating back to 1875 GCU regards itself as an inclusive environment and is one of the few places in the world that offers a BSc in Railway Operations Management.

Brian Molefe praised Glasgow and paid tribute to the people of Glasgow for their genuine and generous support  of South Africa during the apartheid period: “Glasgow has always been contrarian in spirit, and we pay tribute to that.

He concluded: “Today, we humbly walk in those same giant footsteps that Nelson Mandela took 22 years ago.” 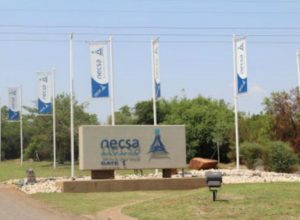