Three Spanish developers have announced a brand new innovation in wind energy technology, a bladeless wind turbine, which is both environmentally and financially friendly.

Co-founders of Vortex Bladeless, Raul Martin, David Yáñez and David Suriol said that they are expecting to launch the bladeless clean energy technology within the next 18-months for small scale and residential use, The Guardian UK reported.

The product – dubbed Vortex – is a wind generator without blades. It works by using vorticity, the aerodynamic effect that occurs when wind breaks against a solid structure. According to the developers, the Vortex structure starts to oscillate, and captures the energy that is produced.

The developers added that Vortex is designed to operate with minimal input materials by excluding mechanical parts such as gears and linkages, saving costs and reducing maintenance intervals.

On 1 June, the innovative developers took a unique path to source funding through a platform called crowdfunding. Crowdfunding is an online born concept where entrepreneurs who are in need of capital investment market their product offering to a global audience, who are willing and able to invest in a product offering which they perceive as being commercially viable.

In addition, Vortex Bladeless has support from Harvard University, advisers from US solar power company SunEdison, and international design consultancy IDEO with the aim of generate more money from venture capitalists to develop the product even further.

“Lots of people from around the world are supporting us, which is amazing, so we just have to work hard to do what we have to do”, Suriol said.

The Vortex innovators claim that the bladeless wind technology will produce energy at a 40% lower cost than a comparable wind installation.

According to the Spanish trio, the levelised cost of Energy for an on-shore wind farm is $0.035, including capital costs, operation and maintenance, performance, land leases, insurance and other administrative expenses.

Breakdown of the cost savings

According to Suriol the elimination of conventional wind turbine materials such as the nacelle, supporting materials and the blades, the manufacturing savings are estimated at 53% and an estimated 80% reduction in maintenance costs.

The Guardian reported that Suriol has predicted these savings based on a 150 metre tall, 1MW bladeless turbine, compared to a conventional on-shore three blade turbine.

“We estimate that it will be 40% less expensive than conventional wind turbines per MW of generation”, Suriol added.

Computational modelling has estimated that the lifespan of one Vortex is between 32 and 96 years.

From an environmental perspective, Vortex operates with almost no noise as it oscillates at a frequency that does not produce audible noise (i.e. below 20Hz).

The Vortex developers claim that because there are no blades, there is less interference in the migratory routes and collisions with bird and bat life.

Suriol stressed: “The best wind turbine will collect around 50% of energy from the wind. We are close to 40% with bladeless turbines in our wind tunnel laboratory.”

According to Gizmag, a people driven online information platform, the first model to be made commercially available is the Mini: a 4kW, 12.5 meter high unit for residential and small-scale commercial application. A larger unit, named the Gran, is concurrently being designed with a larger than 1MW output for large-scale power generation.

Suriol said that the bladeless turbines on an industrial scale could potentially be available within four years, however, there are plans to sell a three metre high turbine, with a generation capacity of 100W within the next 18-months which will be paired with a solar panel and a small battery.

This type of system could prove to be an affordable and reliable solution for rural off-grid communities in African and India, Suriol claimed, adding that this small wind set-up can generate enough power to electrify three lights, a TV and a refrigerator. 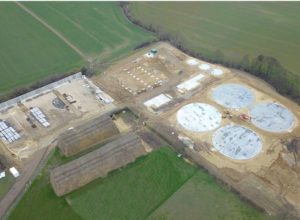