14 August 2012 – As the recent blackouts in India have illustrated, exploding population figures and unprecedented economic growth are resulting in power shortages in developing countries around the world. Diesel and gas generators are stepping in to fill the void, and are experiencing a sales boom as a result, says GlobalData.

There is a significant demand for diesel and gas generators (gensets), particularly across Africa and Asia, and the thirst for electricity will only increase as economic prosperity grows. Market forecasts predict that by 2020, the worldwide genset market will almost double in value to reach US$22.3 billion, from a 2011 valuation of US$12 billion.

India and China are currently the major stakeholders of the international genset market with a combined share of 30%. Both of these countries face a considerable power supply-demand gap, creating an attractive market for genset manufacturers.

During 2011 to 2020, the Indian genset industry is expected to jump in value from US$1.2 billion to US$2.54 billion, while the Chinese industry will climb from US$2.4 billion to almost US$5.5 billion. By 2020, the combined share of these two nations will have grown to 36% of the global genset market.

In particular, the gas segment of the global genset market is predicted to display impressive growth during the current decade. Gas fuelled generators are low maintenance and create low levels of environmental pollution, a big plus for many consumers in the current climate of ecological awareness. Environmental regulations are expected to become more stringent, not only in the North American and European markets, but in Asia as well, further driving gas generator sales.

With these factors in mind, the global gas genset market is forecast to treble from the 2011 valuation of US$3 billion, to US$9 billion by the end of 2020. 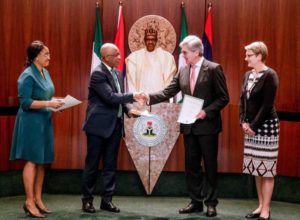 Nigeria reaches out to Siemens to resolve its energy challenges