Bloomberg reports that Pickens wants buses and trucks that run on natural gas to replace the diesel and gasoline engines that contribute to global warming and increase American oil imports which cost the country as much as US$1 billion (R7 billion) a day.

The measure, which Senate majority leader Harry Reid introduced in September, has support from Republicans and Democrats, and may be the first major legislation during the Obama administration to win support from both parties, according to Pickens.

“There’s more than a 50-50 chance it will pass in the lame-duck session,” Pickens said in an interview at Bloomberg headquarters here. “I have been talking to senators on both sides of the aisle that say they will vote for this bill.”

The legislation aims to cut oil imports by developing non-petroleum vehicles, and to create more than 100 000 factory and construction jobs.

“This is extremely important legislation,” Reid said after delaying a procedural vote on the bill. “There is some dispute as to what the pay-for should be. Hopefully, we can work it out before the end of this year.” 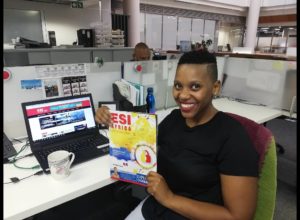 In 2020 the ESI Africa print editions remain in vogue