New Delhi, India — ESI-AFRICA.COM — 29 February 2012  – Indian state groups Oil and Natural Gas Corp (ONGC) and GAIL (India) are expected to offer US$2 billion for British company Cove Energy, thus outbidding Royal Dutch Shell and PTTEP of Thailand, both of which made lower bids during the course of the past week.

Cove Energy is listed on the Alternative Investment Market (AIM) of the London Stock Exchange, and its main asset is an 8.5% stake in Area 1 of the Rovuma Basin in northern Mozambique, where test wells have shown the existence of massive natural gas reserves estimated at 30 trillion cubic feet.

Citing a source from the Indian consortium, the Times of India newspaper reported that ONGC was expected to announce its bid as soon as the Indian government authorised the move.

If ONGC’s bid is successful in acquiring Cove Energy it will be the third Indian company with stakes in natural gas reserves in the Rovuma basin in northern Mozambique, where state companies BPCL and Videocon Industries each have stakes of 10%.

Videocon Industries chairman Venugopal Dhoot pointed out to the newspaper that if ONGC managed to buy Cove Energy, Indian companies would have a 28.5% share of an immense natural gas deposit, “which would offer economies of scale for India.” 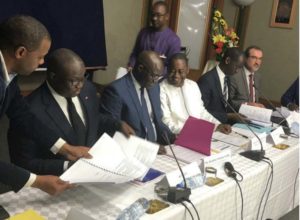