25 July 2012 – A joint venture between Sepco111 of China and Pacific Energy of Nigeria intends to construct a US$4 billion 1,200 MW coal fired power station in Benue State. Sepco 111 is the builder and manager of the 750 MW Olorunshogo phase II facility. The latter has four gas turbines already commissioned to deliver 500 MW to the national grid, though it is subject to the availability of gas. The remaining two turbines are scheduled for commissioning this year.

Nigeria’s minister of power, Prof. Barth Nnaji has previously said the government wishes to diversify the sources of electricity power generation and intends to build three coal power plants in Enugu, Benue and Kogi states. The new project in Benue is aimed at exploiting the abundant coal resources for electricity generation in the country.

The Chinese consular-general in Nigeria, Liu Xianfa on the announcement of the project, stressed the need to accommodate more Chinese firms in the Nigerian power sector to achieve the desired 20,000 MW capacity in the country by 2020.

The managing director of the Niger Delta Power Holding Company (NDPHC), James Olotu says that bilateral investment between Nigeria and China enabled the establishment of the Omotosho phase I and Olorunshogo phase II power plants in Ondo and Ogun states respectively. 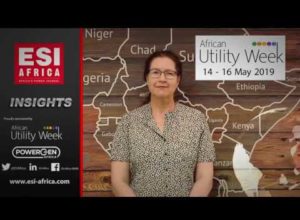 ESI Insights #20: Battery storage holds the key to the energy...